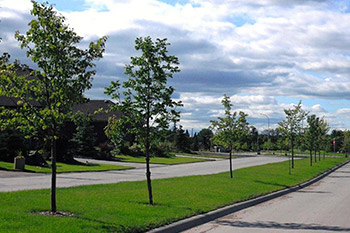 The Beginning
In 1825, St. Paul's Church was built on the west side of the Red River at a location midway between St. John's in Winnipeg and St. Andrew's in Lockport. The community was therefore known as Middlechurch. The parish encompassed both the west and the east sides of the Red River and on Sundays, parishioners on the east side of the river would ferry over for services at St. Paul's.


RM of St. Paul
In 1880, the Rural Municipality of St. Paul was established with offices on the west side of the river. Residents on the east side had to go to the west side for any municipal business. As the population on the east side increased, so did the desire to have their own municipal services and in 1916 the Rural Municipality of East St. Paul was incorporated.


First Politicians
The first Mayor was A. Sperring and East St. Paul was divided into four wards, as it is today, only the boundaries of the wards have changed slightly over the years. The first Secretary-Treasurer, W. Gorham, served for thirty-three years, holding every council meeting during his term in his own home.


Highlights
East St. Paul has always been a very diverse and lively community: